The popularity of Skopelos island has increased after the movie Mamma Mia! was released. While there is an enormous difference between the island during high seasons and low seasons, I visited the island during the month of October, feeling like the only tourist on the island.

The island is also known for olive cultivation and… cats!

Visiting the island during the winter is a pain in the ass. From June until September, ferries and catamarans operate daily from Volos port, Thessaloniki port and Agios Konstantinos (= nearest port from Athens). But from October, there is only one ferry, the famous Express Skiathos, which operates about 3 to 4 times a week. If the weather is bad, chances are that you will get sick on the boat.  We boarded the Express Skiathos in the early morning with our rental car.

We booked the boat tickets online for the 31st of October from Skopelos to Volos about one month in advance. A week before we were about to leave I received an e-mail from Hellenic Seaways. They had rescheduled the boats and there will be a boat on the 30th of October instead of the 31st. Luckily we could rearrange our trip to this change, but someone else might get in trouble if they had to cancel and rebook hotels. This is very typical during low season.

After a 4-hour boat trip with quick stops at Skiathos and Glossa, we arrived at Skopelos Town.

If you are lucky with the weather during the low season, you can go to the beach. The sea temperature is much lower and it’ll be more challenging to swim in the sea. However, I jumped in the cold water. Stafylos beach felt like my own private beach.

During the summer you cannot choose which restaurant to pick. Because of the low season, we had the choice between… 2 restaurants at Skopelos Town. One bakery was open too and one takeaway restaurant operates the whole year if you crave good gyros. We decided to drive to Elios beach at Neo Klima to look for an open restaurant. We were lucky and found ‘O Vaggelis’ taverna. They offered us fresh fish and we enjoyed our traditional Greek food with a nice view. 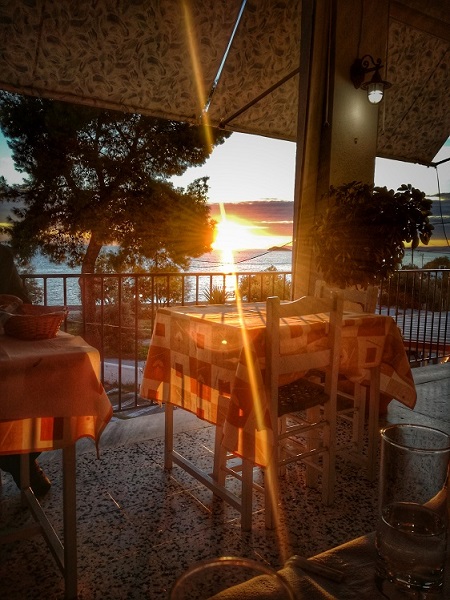 Olive cultivation is the unique thing you can experience during the months of October and November. We picked olives for three days, brought the olives to the local olive press and managed to get 30 litres of olive oil, hooray! The new olive press in Skopelos is brand new and owns professional and expensive equipment. 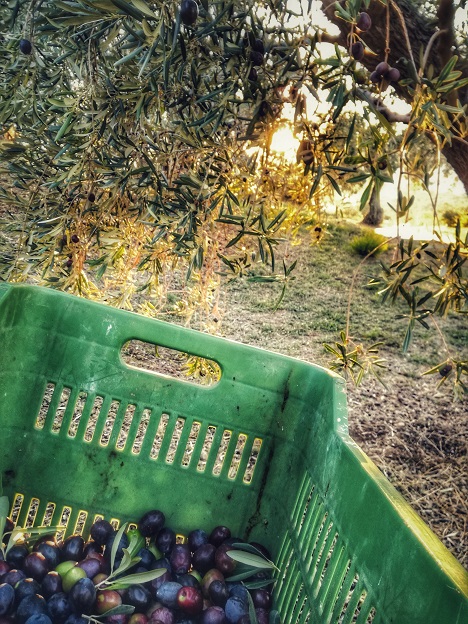 Skopelos is much more relaxed than most of the other Greek islands. You might find more things to do in Skiathos, but Skopelos is unique on its own. The island has lots of monasteries and attracts a lot of tourists during the summer months. 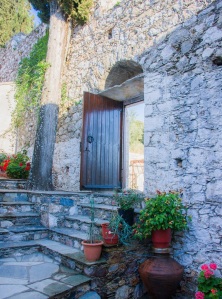 The monastery of Evangelistra is probably the most spectacular one with just one nun left. The monastery is on the mountain with a magnificent view of the sea and the town. 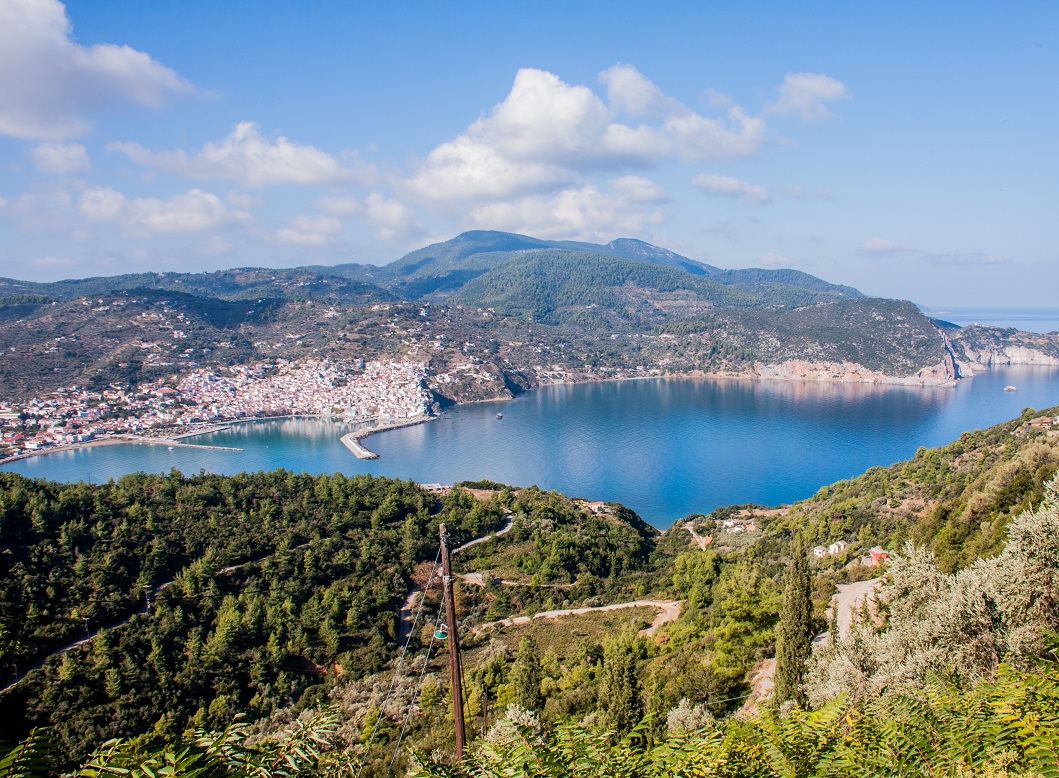 On the other side of the island, closer to Glossa and Loutraki, you can visit the church famous from the wedding scene on the Mamma Mia! movie. 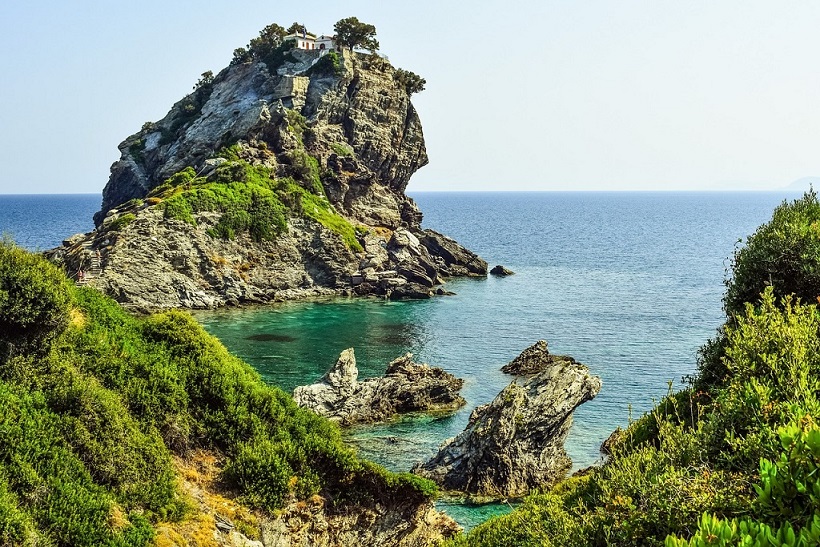 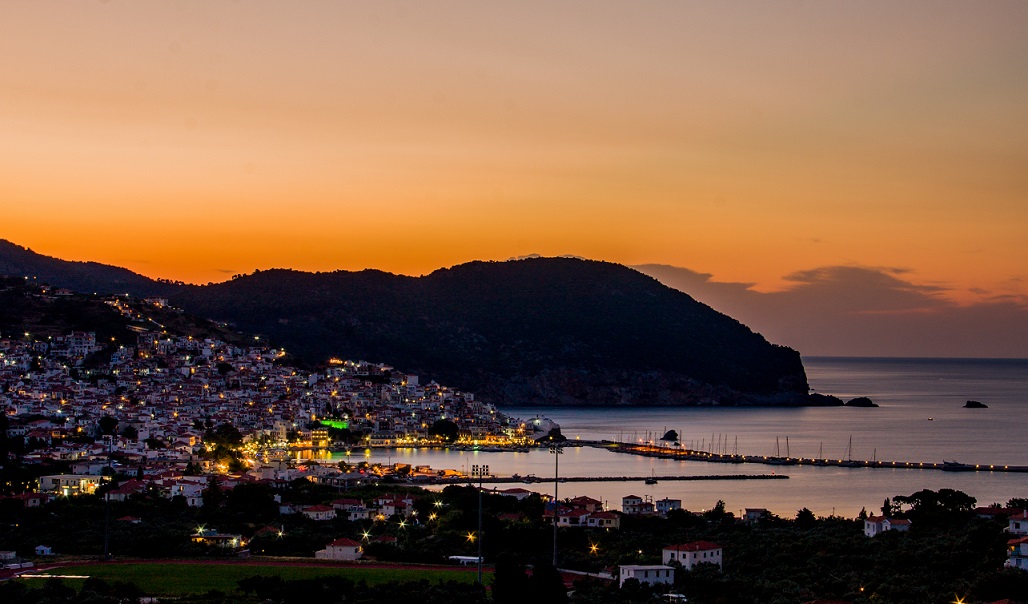 Throwback to when International travel was still allowed. @intercontinentaldanang
Why fly business class if you can fly private... 😂
Waiting for the sunset at the floating Mosque in Jeddah ~ July 2019.
Overlooking the misty canyon in Iraq.
Loading Comments...
%d bloggers like this: